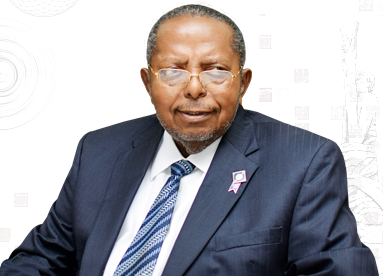 Prof. Emmanuel TUMUSIIME-MUTEBILE has served as Governor and Chairman of the Board of Directors of the Bank of Uganda since 2001 to date.

A seasoned professional economist and reformer, he spearheaded the design and implementation of the Economic Reform Program that restored Uganda from the economic crises of the 1970s and 1980s to sound economic performance during his service as the Permanent Secretary/Secretary to the Treasury in the ministry responsible for finance, planning, and economic development.

He worked as a consultant for multilateral and regional organizations including the World Bank, International Monetary Fund, Organization for Economic Cooperation and Development, Macroeconomic and Financial Management Institute of East and Central Africa, UK Department for International Development, the North South Institute in Canada, and for the governments of Rwanda, Kenya, Tanzania, Eritrea, and Nepal.

He holds Fellowships of the World Bank Institute, and Rotary Foundation of Rotary International.

He is an Honorary Professor of Makerere University, an Honorary Doctor of Philosophy of Nkumba University, a Companion of the Commonwealth Partnership for Technology Management (CPTM), and a Doctor of Laws (Honoris Causa) of Bishop Stuart University.